From my late teens through to my early-thirties (like so many others) I slept badly; not that I knew it, at the time. I probably averaged about six to seven hours most nights. Sleep is important to the function and maintenance of our minds and bodies. We need about eight hours, although that can vary from one person to another. Without it our immune systems are severely impaired, shortening our life-span. We’re more than twice as likely to have to fight cancer, more susceptible to obesity and Alzheimer’s disease; the list goes on…

It wasn’t until my mid-thirties that I started to understand and appreciate the importance of sleep, and began to average at least eight hours a night. This carried on til Isabelle was born, last summer. Since then I’ve been trying to get as much of it as I can but it hasn’t always been easy.

According to a study by the University of Warwick, new parents face up to six years of sleep deprivation¹. It’s no wonder that some people appear to age overnight as soon, as they have children; I’m sure I have. We struggled with sleep deprivation early on, then thought we were winning when Isabelle began sleeping through the night when she was four months old. It was short lived, however. Parties almost every weekend in the recently-rented house next door woke her constantly, and stressed us out immensely. It got so bad some nights that we had to pack up and leave our home, once on a Sunday. Even when there were no parties I remained anxious that one would start at any moment. I’m sure Isabelle picked up on this, babies are remarkably perceptive.

Sleep is important for all of us but especially children as they develop both physically and mentally.

Isabelle’s sleep deteriorated to the point that she would go to sleep in her cot at 8pm and by midnight would be tucked up next to me in our bed. We tried everything we could but it was the only way we found to calm her down. For the rest of the night she would wake every 1-3 hours. After several weeks of little-to-no sleep (including during our “holiday”), we were irritable zombies. Dan decided it was time to speak to a professional. I was sceptical about what anyone could tell me that I hadn’t already read. Fortunately, on this occasion, Dan didn’t wait for me to come around to the idea. He found Leigh, a lovely, positive and experienced sleep consultant. Dan explained our situation and quickly got her onboard to help us help Isabelle. Within three days Isabelle was back sleeping through the night and has continued to do so ever since.

Dan and I both feel a little more human now and far more capable as parents. There’s nothing worse than wanting to be a good parent and feeling you’re letting your child down simply because you are so tired.

It was about six weeks before Isabelle started to nap easily in her cot, twice a day. Her naps still vary in length but she always has two which gives me the peace of mind that we’re giving her the opportunity to sleep when she needs to. Anyone struggling with a baby or child that doesn’t sleep well, I would highly recommend speaking to a sleep consultant, Leigh helped us immensely.

Since getting our nights back I have made a few changes to our bed so that we can make the most of those precious hours. We needed some new bedding and I had spotted Bedfolk on Instagram a little while back (their images are beautiful). They have a wonderful ethos that resonates with me, ‘ethically made and honestly priced’. Bedfolk have managed to create incredibly good quality bed linen without compromising on the welfare of the people in their supply chain or charging a fortune for it.

They start with long-staple cotton; the long staple (length of the fibre) means that the finished material is much smoother, stronger and more durable than other cottons. The resulting fabric is incredibly soft and light but will last many years. There are no harmful chemicals or synthetics used in the making of the fabric, it’s OEKO-Tex certified. This is very important since it means that the workers in the supply chain aren’t exposed unnecessarily to harmful chemicals and neither are you. Have you ever considered what chemicals might be rubbing up against your skin due to the fabrics you wear and the bedding you sleep in?

Bedfolk work with one of the world’s best mills, in the beautiful UNESCO world heritage site of Guimaraes, in Northern Portugal (once Portugal’s capital city). It’s an area that has specialised in the making of textiles for hundreds of years. The mill is third-generation family run.

Bedfolk have kept things simple and this has allowed them to keep their prices down. They sell direct to consumer (i.e. you), you’ll only ever find them online. They offer three styles, in three colours – Classic, Luxe and Relaxed in Dove, Rose and Snow. You can mix and match the colours like I have, it’s easy since their website is so straight-forward.

I believe they are one of the best bedding brands we have here in the UK and I wish my cupboard had several sets to choose from. However, I believe in using things til they eventually fall apart, so I have a couple of older sets to use first but when the time comes it’s Bedfolk I’ll buy; they are the best in my experience. If you’re in need of new bedding, please take a look at their website and consider them. They’ve very kindly offered me a promotional code to share, that will give you £20 off your first bedding bundle. The code is: STYLE&MINIMALISM.

With our bedding organised, I got rid of our old, flat pillows and bought some new Hungarian goose-down pillows from Soak & Sleep. They’re good value and they have a decent animal welfare policy. The medium/firm ones are very firm, not great for sleep but perfect for propping yourself up to read or drink a cup of tea. I’ve found that the soft/medium ones are the best for sleeping.

Lavender is well-known for it’s ability to help you relax and unwind. We have some growing in the garden. I like to take Isabelle out and we pick a few heads to place in a bowl next to the bed. The scent of the fresh flowers isn’t the same scent you might associate with grandmas!

I’ve also been using Susanne Kaufmann’s Pillow Spray. I’ve mentioned this product before and still love to use it as I get into bed.

If you’re interested in understanding more about sleep you should have a read or listen to ‘Why We Sleep – The New Science of Sleep and Dreams’ by Matthew Walker. It’s fascinating and will give you a much greater understanding of the importance of sleep. There’s also ‘The Sleep Revolution: Transforming Your Life, One Night at a Time’ by Arianna Huffington.

Wishing you all a good night’s sleep! 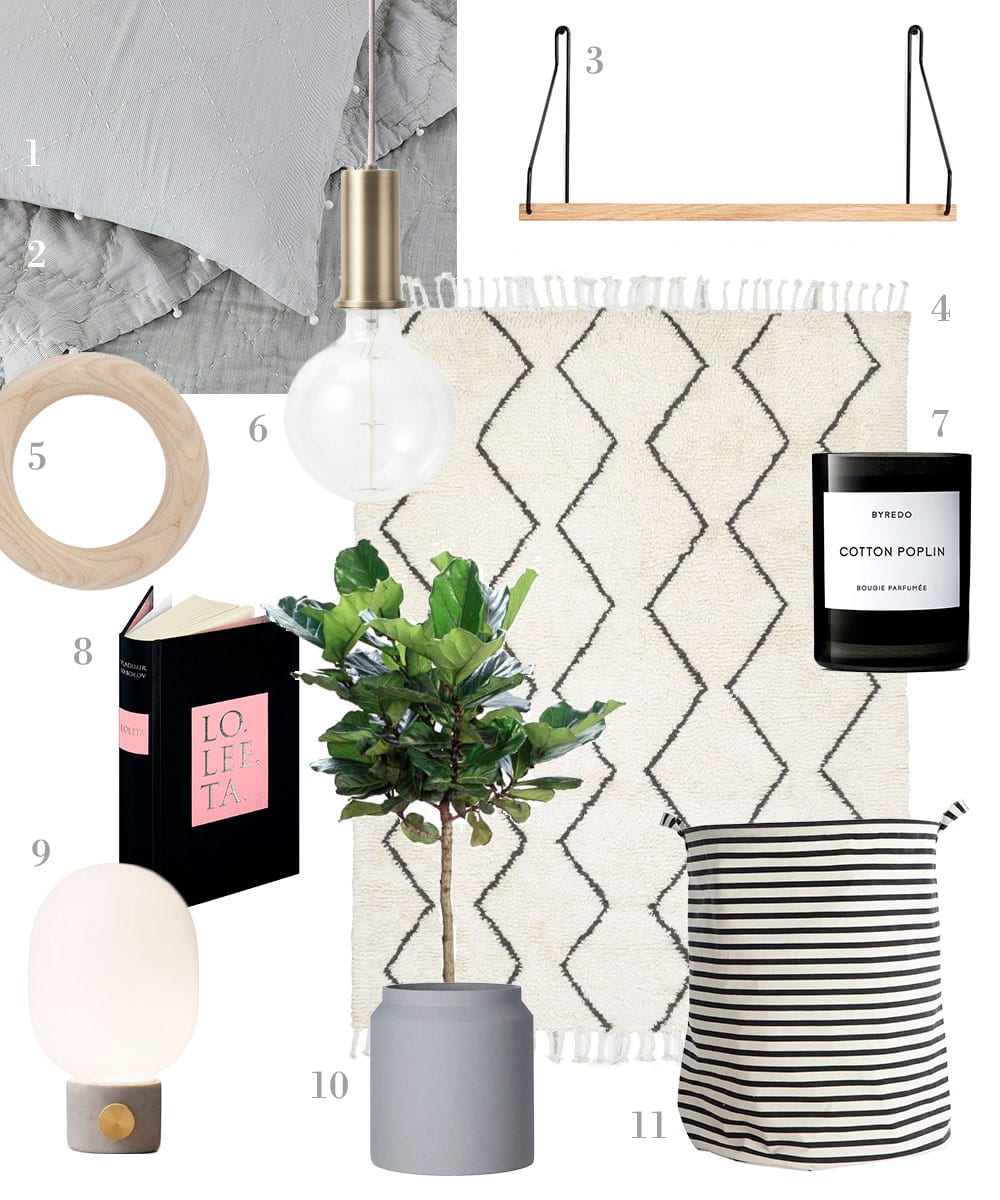 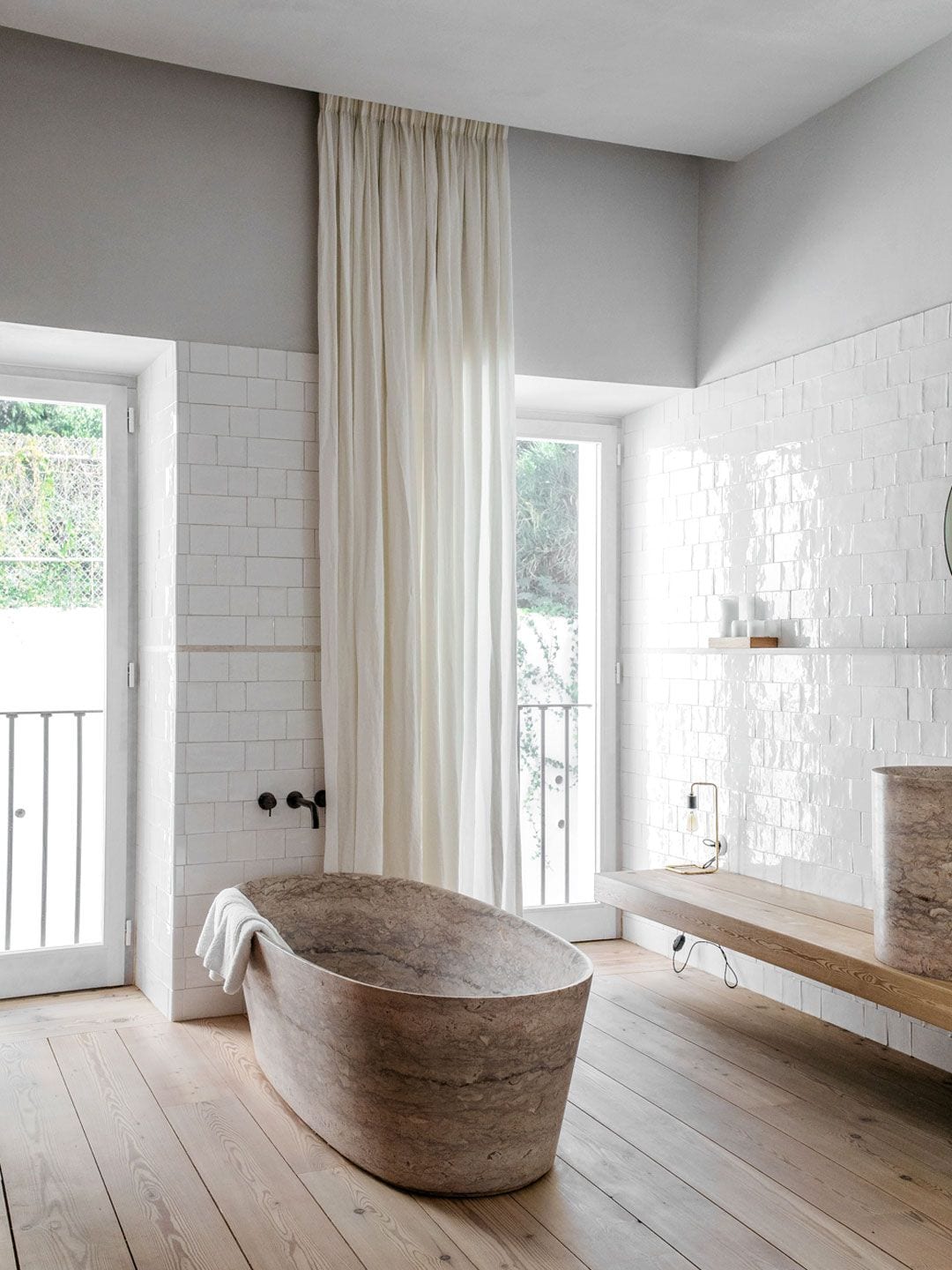